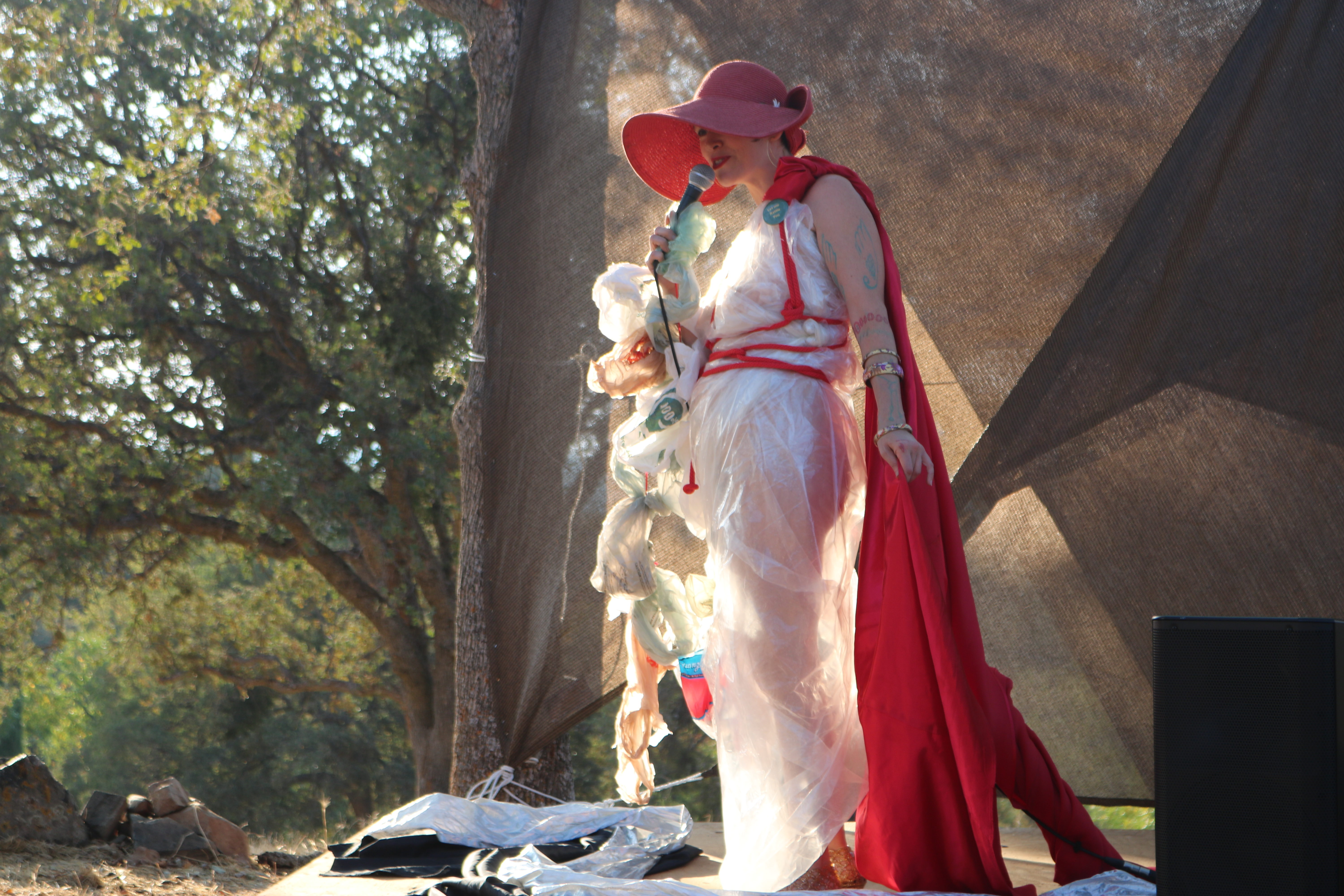 The Goddess of Garbage is the richest lady in the world.

The Goddess of Garbage is everywhere, her empire is vast and ever growing. She has an island in the Pacific and complicated relationships with everyone on the planet. No one wants to look at her, yet we can’t stop making it with her. We say “toss it” and she hears “cha-ching”. Filthy humor? She’s rolling in it. Filled with seduction, compassion and song, the Goddess of Garbage is coming to change the way you see waste, forever. Open your eyes and you’ll see, there’s so much of her to love.